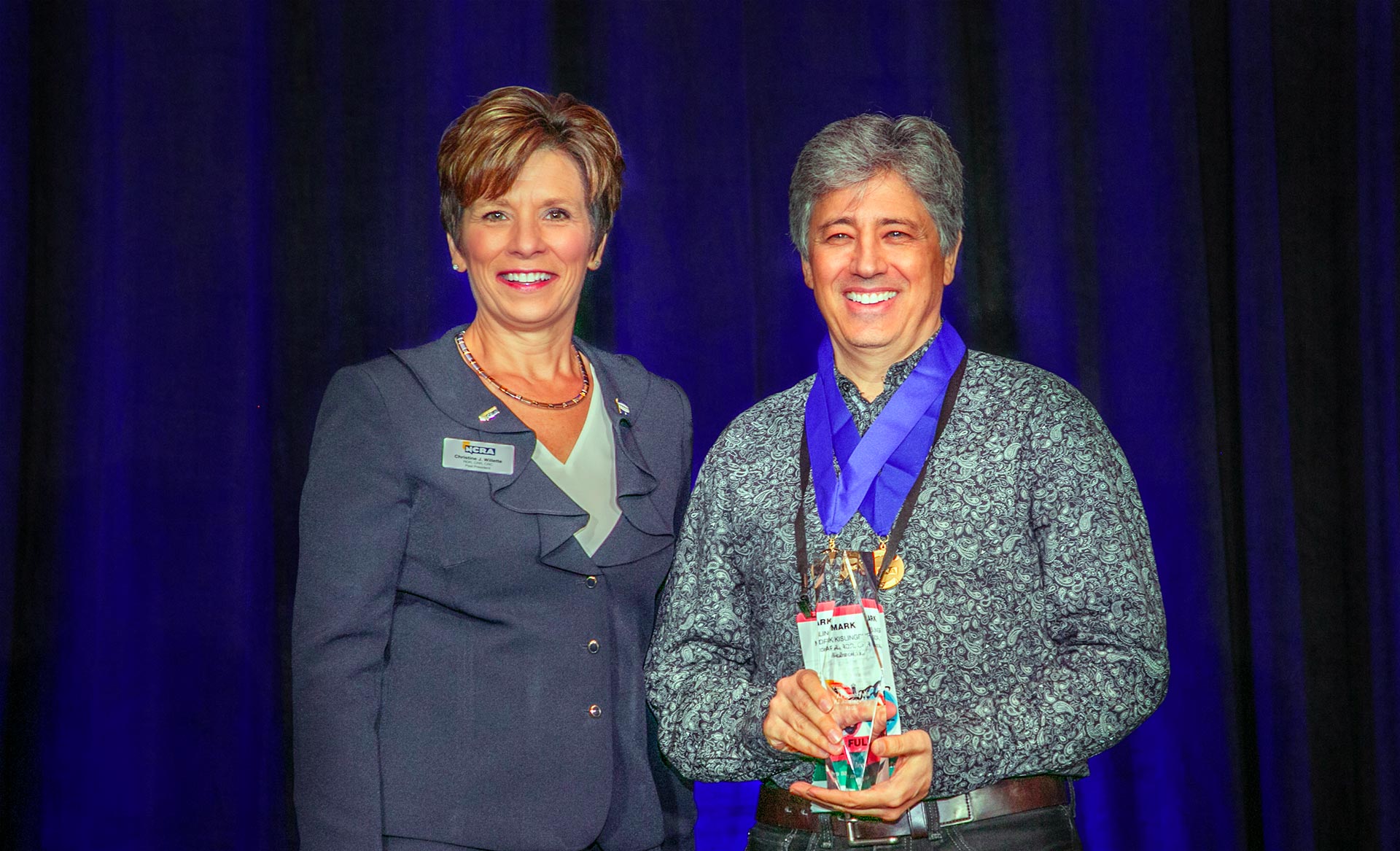 Mark Tod Kislingbury CSR, RMR, CRR was born in Ames, Iowa, and now currently resides in Houston, Texas, with his wife of 24 years and three children. He was educated at the American Institute of Business in Des Moines, Iowa, beginning in 1981 and departing in January of 1983. Throughout his career, Mark began developing a new style of writing, combining different strokes to form complete phrases and words where standard teaching theory demands several strokes per phrase and word due to the theory of always phonetically spelling out. He set out to prove that writing shorter created more productive and successful professional court reporters and through his Academy, would produce a higher graduation and achievement of licensing rate. He describes his career goal as “using the gifts God has given me to His glory and not my own”, and through this academy, and training both professionals and students alike on his popular website, www.magnmumsteno.com, he is sharing what has been one of the keys to his success.

In 2004, at the NCRA National Convention, Mark wrote and transcribed a one-minute, 360wpm Q&A at 97.22% accuracy, setting a new Guinness World Record. He is currently practicing and aiming to beat his own standing. He has won seven National Court Reporters Association (NCRA) Speed Contests, and four NCRA Realtime Contests in the last eleven years. Mark regularly conducts seminars attended by thousands of professional court reports all over North America on how to excel in court reporting speed and Realtime. He has founded Magnum Steno, Inc. which provides other products and services helpful to the court reporting/captioning profession, while also publishing Magnum Steno: Write Short-Write Fast!, his compendium of writing short for professional reporters. Mark is also the author of My System: The Road to Realtime Excellence, published by the NCRA in 2001 and The StenoMaster Theory, published in 2004. He also written articles for and been featured in several court reporting industry journals , such as Journal of Court Reporting, The Texas Record, S*T*A*R, and the book Inside Captioning, by Gary Robson. Marc also has been involved in direct consultation, development, and sales of CAT software, and a consultant for the testing and improvement of steno machines.

Mark has over 28 years in this career included 18 years as a freelance court reporter, 15 years as a broadcast captioner, and 10 years of performing Realtime for display purposes in majority depositions. Mark also has provided Realtime for display for multiple lengthy and high-profile trials, which has given him the reputation for being extremely accurate and unafraid to tackle any job. As a captionist, he has provided captioning for:

He currently provides Realtime live to the Rush Limbaugh Radio program, Glenn Beck radio program, and captioners for three television stations all while presenting numerous seminars and teaching at and running the Mark Kislingbury Academy of Court Reporting.